Moving between the Hawaiian islands 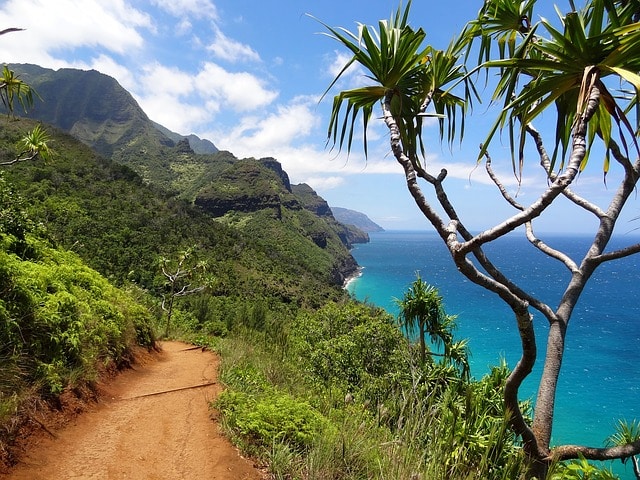 Moving to the state, as well as moving between the Hawaiian islands, has never been simpler and easier. A moving process is never fun for all we know, but all the other things that come with it can be awesome. Moving to another one of the Hawaiian islands is a chance to explore more and enjoy some more time living in a paradise. So where to move?

Learn more about the Hawaiian Islands

The archipelago consists of eight major islands and numerous smaller islets situated in the North Pacific Ocean. Back in the old days it was known as the Sandwich Islands throughout Europe. James Cook was the one to choose the name, honoring the then First Lord of the Admiralty John Montagu, 4th Earl of Sandwich. The time has passed and its current name comes after the name of the largest island, known as the Hawaii Island or the Big Island.

Here are the three major islands of the archipelago Hawaii (from the biggest to the smallest one):

This is not only the largest island in the state of Hawaii but also in the United States. It’s also the third largest island in Polynesia, with the two main islands of New Zealand being the only larger ones. The biggest city? No, it’s not Honolulu or Waikiki. In fact, none of these locations is on the Big Island. The biggest city on the island and the county seat is Hilo. What to do while on the Big Island? Choose between a lot of options. Beaches, biking, hiking, camping, botanical gardens, farmers markets, golfing, national parks, helicopter tours, horseback riding, local culture, hula performances, scenic drives, picnic spots, hot ponds, lava viewing (have you tried that yet?), snorkeling, scuba diving, swimming with dolphins, whale watching, stargazing, amazing waterfalls, etc.

This is the second-largest island of the Hawaiian Islands when it comes to land and it’s the third on the list of the most populated islands of the Hawaiian archipelago (The Big Island is actually the second). What to do on the Island of Maui? Go to the beach, opt for snorkeling tours, helicopter rides or golfing, visit national parks and Maui Ocean Center, etc. Lahaina is the largest town, so if you’re moving to or from Maui you’ll probably be looking for Lahaina movers.

This is the third largest Hawaiian island and the most populous one. About two-thirds of the state population lives there and the state capital Honolulu is situated on this island. The city is a major international business hub, but also a melting pot of different cultures, cuisines and traditions. Its old name was Kou, while the current name Honolulu means sheltered harbor or calm port. It’s the westernmost major city in the US and one of the safest cities in the country. Waikiki is also located on the Island of Oahu and it’s a Honolulu neighborhood known mostly for its Waikiki Beach. It’s almost entirely a man-made beach.

Moving between the Hawaiian islands in an easy and convenient way

So you settled down on one of those beautiful islands and now want to move to another one? Have you landed on Oahu and now are ready to go further away from the city life? Do you want to live more in line with nature? Or have you started your Hawaii adventure on The Big Island or Maui and now want to move to Honolulu? Whatever is there on your mind, you’re on the right track.

The first thing to think about is to find reliable movers. If you’re moving to or from Kahului (which is a small town on Maui, but hosts its main airport), search for reputable Kahului movers and let them take care of your move. What do you need to do on your own?

Decide what you’re taking with you

If you’ve ever been a keeper, by now you’ve probably been cured. You most likely were not able to bring much of your belongings when you first moved to Hawaii, so you’ve probably got over it. Moving again and packing should come like a breeze to you now.

If you’re a Hawaiian native and have only moved locally, don’t underestimate moving between the Hawaiian islands and its costs. Whether it’s moving to or from Oahu, moving to or from Maui, the logistics may be pretty complex.  Moving is never quite easy and moving from an island to another is always the next level. This is not to say you should move. This is just to say you should plan and prepare.

Pack in a smart fashion

The fact that you don’t have too many things to take doesn’t mean that you should pay no attention to how you’re packing your items. If you’ve hired professional packers to help you with that, then you don’t need to worry about anything. But if not, here are a few tips:

You’ve done it before (unless you’re a Hawaiian local) and on a much larger scale. You moved from the mainland to an island! If you’ve done that, you’ll now easily move anywhere and moving between the Hawaiian islands will be no problem. The island life has probably shaped your way of living as well and you’re pretty much laid-back now, even if you used to freak out about anything and everything. If so, enjoy the benefits and your new life somewhere else in the Hawaiian archipelago.